Time is running out to make a tax-deductible gift in 2022.  Donate today!

Mercy on track to spend $190 million on St. Anthony's campus by month's end 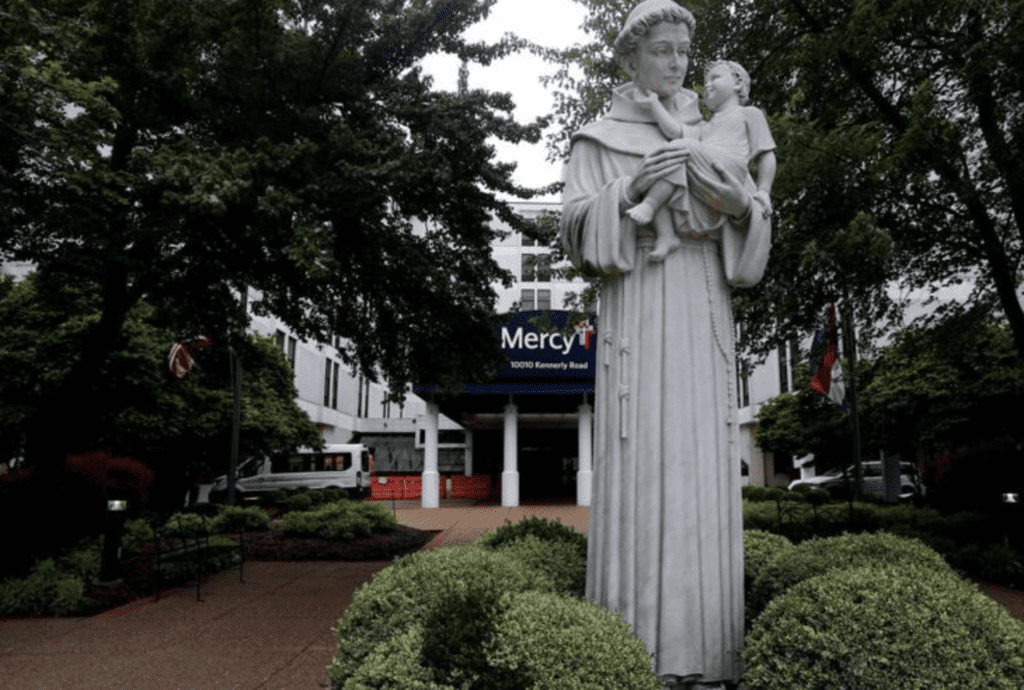 ST. LOUIS COUNTY — Over the past five years, the Mercy health system has poured millions of dollars into the former St. Anthony’s Medical Center, the largest hospital in South County.

Mercy is now on track to spend $190 million in campus improvements by the end of the month, and plans to hit $300 million in total. A new cancer center is complete. Renovations to the maternity ward and construction of a new rehabilitation hospital are in progress.As a whole, Mercy’s 5-year-old takeover of St. Anthony’s is breathing new life into what was once a top-class hospital. The renovations will offer south St. Louis County residents better care, closer to home. And, at the same time, St. Anthony’s gives Mercy a toehold in a market that the system didn’t previously have, making it more competitive with the region’s other giants, BJC HealthCare and SSM Health.

The Mercy health system was founded in 1986, combining 14 hospitals. At the time, joining the hospitals into one system was an unpopular notion, Ciaramita said.

“As the story goes, every hospital wanted to revolt,” Ciaramita said.

But in the years that followed, more and more hospitals began forming health systems, and it became more difficult for hospitals to survive independently, said Sean Hogan, president of Mercy Hospital South. That trend was part of the reason St. Anthony’s struggled.

“Just the tide of the business of hospitals and health care changed significantly,” Hogan said.

St. Anthony’s was an attractive target

St. Anthony’s, at 10010 Kennerly Road, was one of the region’s last independent hospitals, and struggled for years with financial losses, poor quality ratings, and a revolving door of leadership. The hospital had a one-star rating from the U.S. Centers for Medicare and Medicaid Services, and its service offerings were limited, forcing some patients to travel further for more specialized care.

St. Anthony’s was an attractive prospect to Mercy, which didn’t have a hospital in south St. Louis County at the time. It was a large facility with real estate to build on, and drew patients not only from the immediate, surrounding community, but also from rural counties to the south, and from Illinois to the east.

“I viewed St. Anthony’s as a gem that needed to be polished,” Hogan said. Mercy purchased the hospital in 2017, and committed to spend $300 million over the next seven years on renovating and improving the campus, which it renamed “Mercy Hospital South.”

Becoming part of a larger system brought more money and resources. During waves of COVID-19, Mercy moved ventilators across the state, depending on which hospitals were facing the worst surges, and the health system’s purchasing power helped with buying personal protective equipment.

Mercy locked in a new market

So far, Mercy South has added a $54 million cancer center, and has nearly completed a $37 million rehabilitation hospital. Part of the labor and delivery unit has been rebuilt. The hospital’s federal rating, a measure assigned by regulators to track quality, has risen from one star to three.

The rooms in the labor and delivery unit are larger, now, with more windows and amenities. Alexander Roe, 24, whose daughter was born at Mercy Hospital South on May 26, said the campus has transformed. Roe grew up near the hospital, but now lives in Fenton.
“Coming here now, and seeing how it is these days,” Roe said. “This is my preferred hospital now.”

Next door, at the hospital’s new cancer center, health care workers diagnosed nearly 1,500 cancer patients in 2020, and more than 2,100 last year, said Executive Director Kim McGrath. Hospital leadership say the center, and many of the other renovations, are aimed toward helping patients access care closer to home.

“Before, they would pass us and drive to the city,” McGrath said.

Many of the changes Mercy has made aren’t visible to patients and visitors. For example, it took an $18.5 million investment to transition the hospital onto Mercy’s electronic medical record.

The work has, at times, hit delays. At one point during the pandemic, Hogan said, electrical work at the cancer center was put on hold because workers were home sick. The rehabilitation hospital project is mostly complete, but some electronics, like card readers and call light components, have been delayed by supply chain problems, said Shawn Bailey, project manager with the Sunset Hills-based construction management firm Northstar.

And there’s still work to do. Hogan said future work will include expansions in primary care, and improvements to the emergency department, and the hospital’s Hyland Behavioral Health Center.
“We’re not done yet,” Hogan said.