One gift can change a life. Learn More.

One gift can change a life

When you give to Mercy Health Foundation, you are making a direct impact on the lives of other Mercy patients. Here are a few of their stories.

When Jill and Mike Dal Pozzo took their three-year-old son Bryce to the ER, they never realized how quickly their lives would be turned upside down. 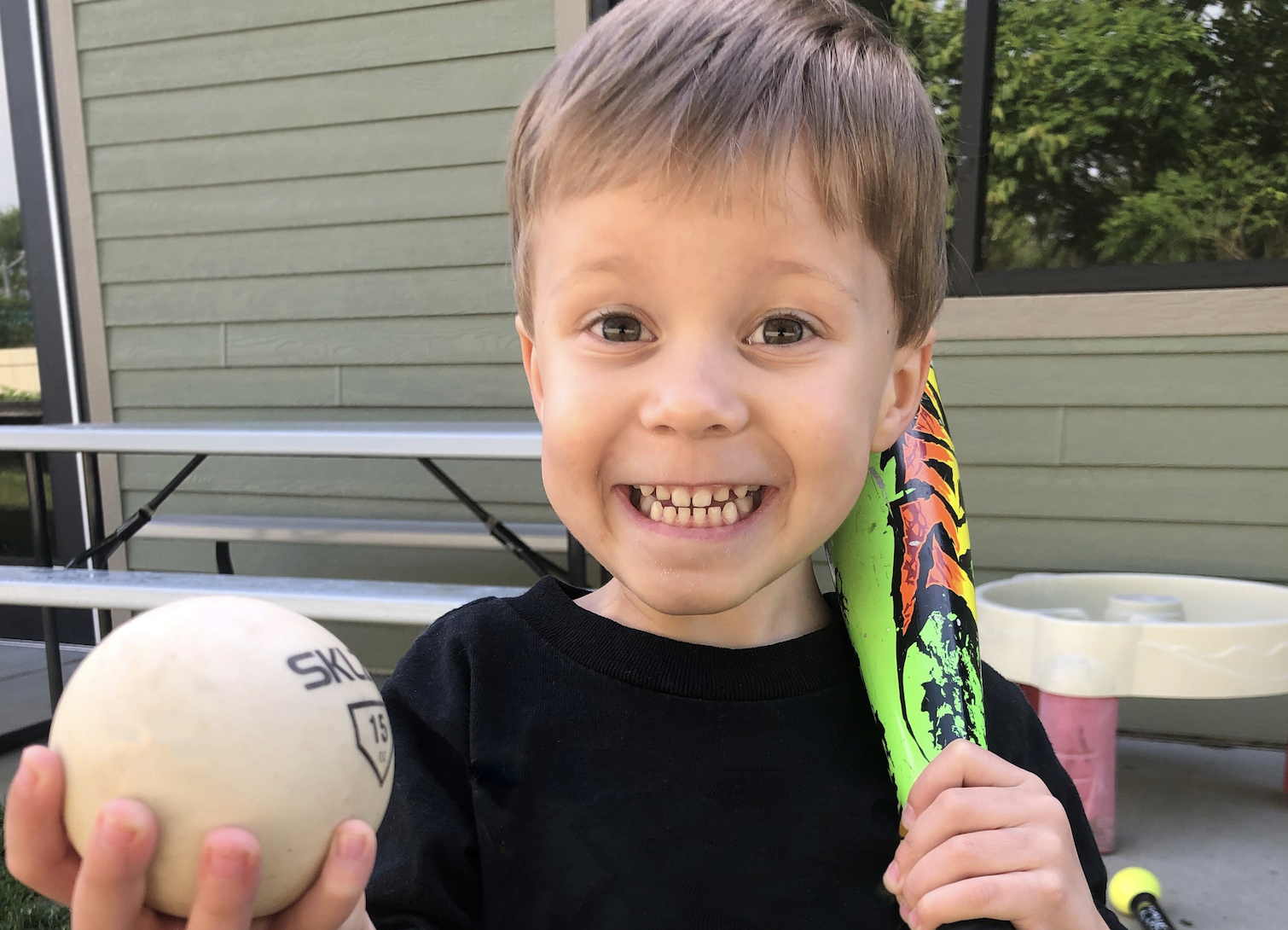 A rare pregnancy complication had first-time mom, Erika, and her baby, Saylor, both fighting for their lives. Now Erika begins a different battle: conquering breast cancer with Mercy at her side. 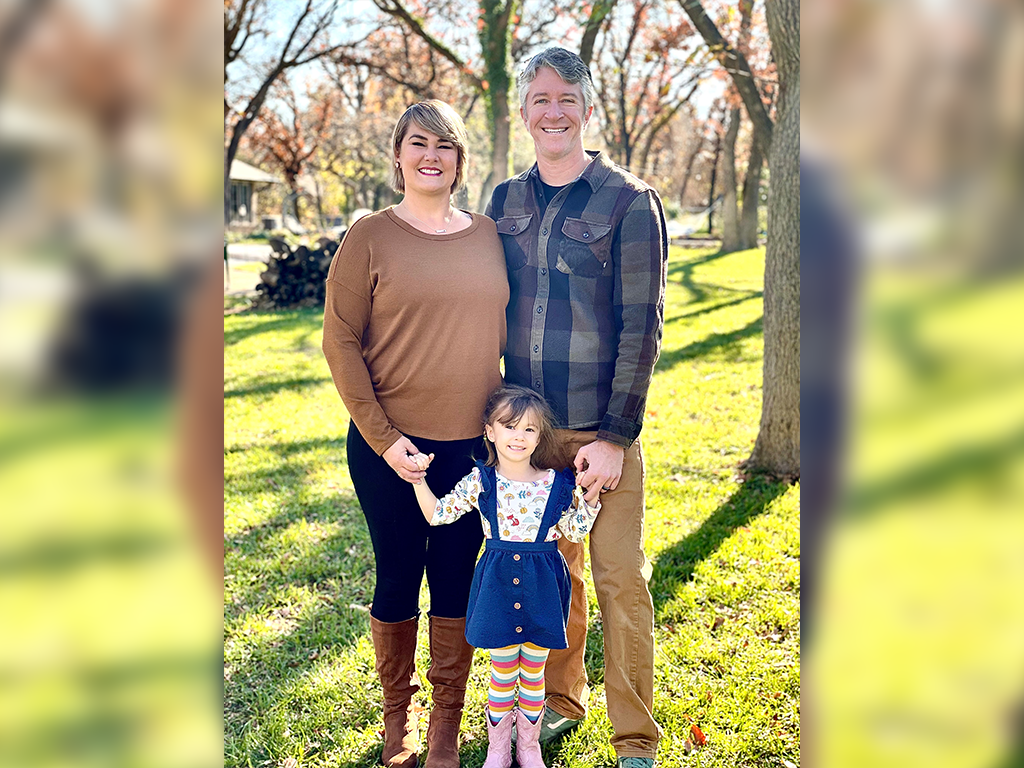 When a routine heart surgery turned critical, Bill Lampe trusted Mercy to provide life-saving care when he needed it the most. 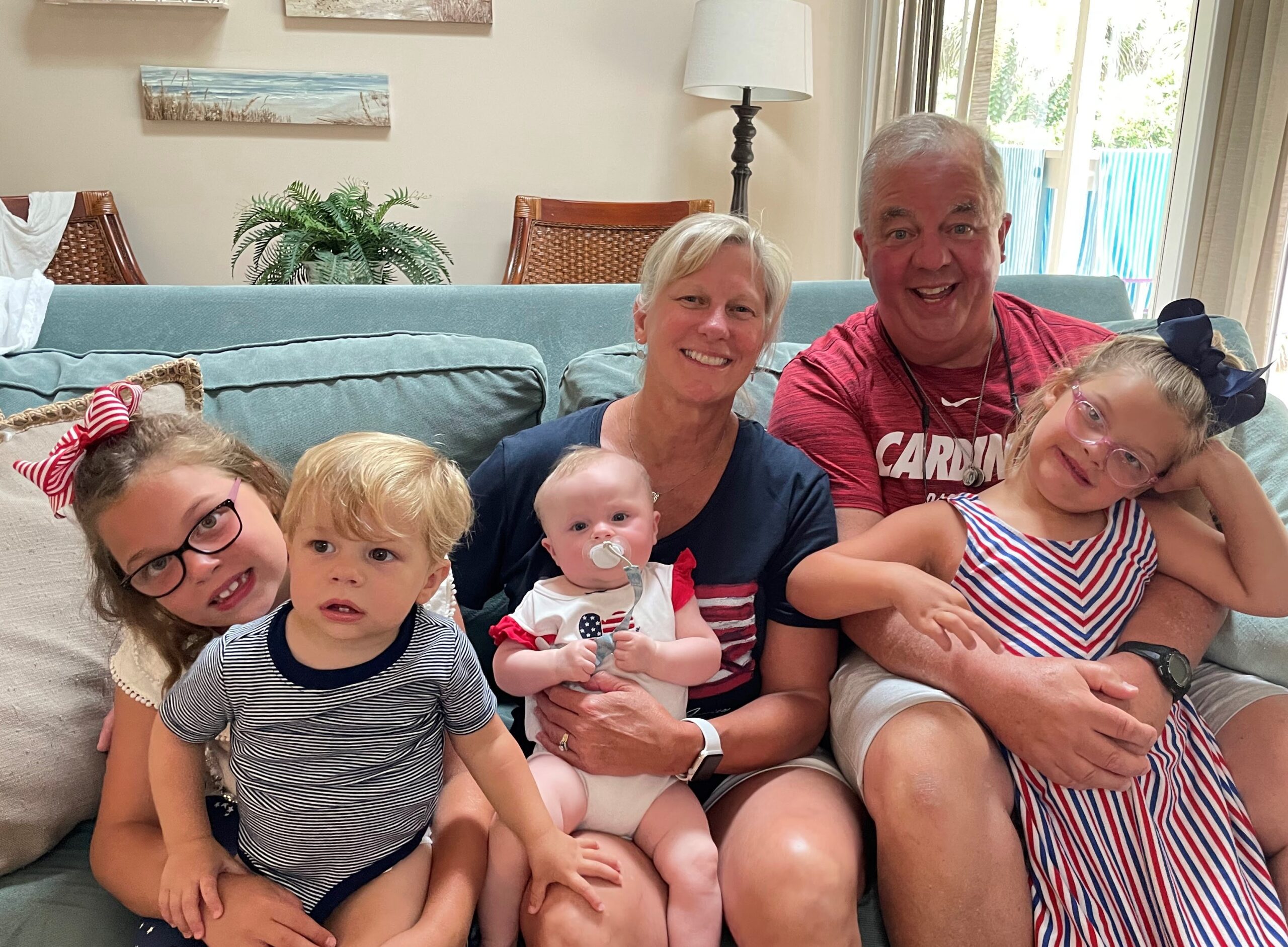 Your gift to Grateful Families may be made in tribute, honor or memory of a loved one or a special caregiver. You can choose to support a program or service that’s meaningful to you. You may also designate your gift to support your community’s Area of Greatest Need, allowing Mercy Health Foundation to apply donations where they are needed most.

Have you been impacted by compassionate care at Mercy and want to say thanks?

A three-year-old’s favorite “C” words might include catch, car and crayon. But one “C” word shouldn’t have to exist in a child’s vocabulary: cancer.

When Bryce Dal Pozzo was just three years old, his parents, Jill and Mike, noticed his abdomen was unusually hard. They took their young son to the ER at Mercy, expecting it to be a one-time visit. However, after running initial tests, Bryce was quickly admitted to the hospital.

Bryce underwent surgery to remove fluid from his lungs and to biopsy a large tumor in his abdomen. “The nurses in the operating room were wonderful to us,” said Jill, noting how they kept her informed with text messages throughout the operation.

The biopsy confirmed that Bryce had Burkitt lymphoma, a fast-growing cancer of the lymphatic system.

That’s when the Dal Pozzo family’s life was turned upside down.

Thankfully, Mercy’s care teams were right by the family’s side, every step of the way. Bryce endured three months of chemotherapy that required he stay in the hospital for weeks at a time.

His Mercy nurses made those stays more bearable with little suprises and treats to encourage and comfort him through the most difficult times. And they were there to celebrate with Bryce at his Bell Ringing Ceremony, marking the end of his chemotherapy treatments.

Today, Bryce is a healthy, happy four-year-old, and the Dal Pozzos have gratefully added another “C” word to their list of favorites: cure.

A first-time expectant mother, Erika was experiencing heartburn that just wouldn’t go away. Thinking her heartburn was likely a normal side effect of pregnancy, Erika’s husband Jason convinced her to call her OB/GYN. To be on the safe side, Erika’s doctor advised the couple to go to the Emergency Room where Erika and her baby could be checked out.

Erika’s vitals were taken in the ER and the doctors and nurses quickly sprang into action; Erika was in cardiac arrest and both she and her baby were in danger.

By the grace of God, Erika’s own OB/GYN, Dr. Kayci Lewis, happened to be at the hospital that afternoon giving her daughter a tour of the facilities. Dr. Lewis was able to quickly respond to Erika’s situation. She informed the couple that Erika was suffering from a rare syndrome called HELLP (Hemolysis, Elevated Liver enzymes and Low Platelet count). Dr. Lewis would need to perform an emergency C-section to save Erika and her unborn baby.

Little Saylor came into the world at 29 weeks, weighing just 1 pound, 15 ounces. She’d need assistance breathing, a blood transfusion and a PICC line to deliver fluids and medication intravenously. She was taken to the NICU (Neonatal Intensive Care Unit) to begin her fight for life, while new mother Erika was also fighting for hers.

Two months later, the family was reunited; Erika was fully recovered and little Saylor was strong enough to go home. Today, Saylor is a healthy, energetic three-year-old, who loves going to school and playing with her cousins.

But another fight has begun. Erika is now battling breast cancer at Mercy’s Coletta Cancer Center, with Dr. Jordan Morton leading her recovery team. She’s undergone 20 weeks of chemotherapy, two and a half months of radiation and multiple preventive and reconstructive surgeries. Erika is on the road to recovery and looking forward to chasing Saylor around the park for many more years.

“Mercy has been with me for some major life events, and I had great experiences. I know everything I went through was for a reason, and I am looking forward to being able to give back and encourage patients in a personal way.”

Erika and Saylor know how critical it is to have quality health care close to home. The care they received at Mercy saved their lives.

You know someone like Bill Lampe. Married for 38 years to his high school sweetheart, Bill was in excellent health. A father of four, he relished spending time with his wife, children and grandchildren.

In 2020, Bill was scheduled for elective heart surgery to fix an enlarged aorta. Normally, this surgery takes around six hours and has a week-long recovery, but unfortunately, Bill’s surgery turned into a critical situation that included a six-week hospital stay.

Dr. Michael Plisco remembered Bill and his unusual case. “Bill’s case was very uncommon and required emergent care from our extracorporeal membrane oxygenation (ECMO) team. He had a rough course and there were many uneasy days for the family. It takes cases like this to remind me why we push to do all we can for our patients.”

After Bill was released from the ICU, he spent another three weeks at Mercy Rehabilitation Hospital St. Louis. Although it took Bill almost a full year to recover from his experience and surgery, he is now home and feels great. He even got to share a grand milestone with Dr. Plisco and his team – one of life’s proudest “dad” moments, his daughter’s wedding; Bill walked his daughter down the aisle in the early summer of 2021.

“I’ve been told that given everything I went through, I shouldn’t be here, but Mercy was the healing hand of Jesus for me,” said Bill.  “Thanks to my team, I hope to have many more ‘dad’ and ‘granddad’ moments throughout my life.”